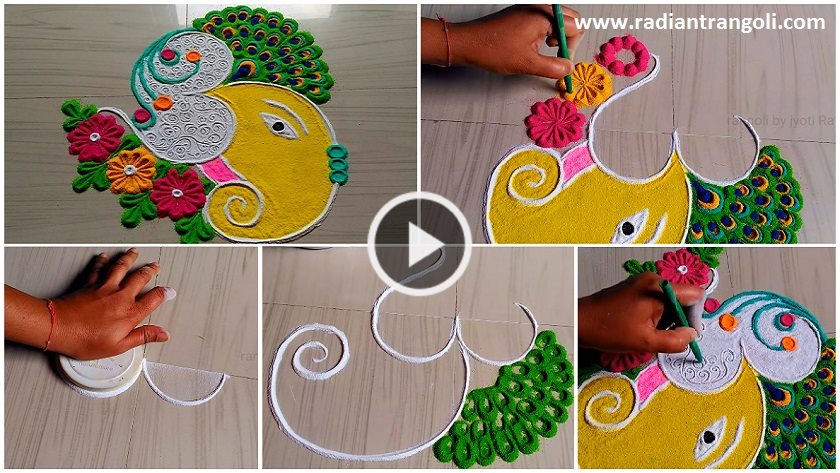 Lord Ganesha is one of the most worshiped gods in Hinduism. Ganesha is known by many names in different regions of India such as Ganesh, Ganapati, Vighneshwar, Vinayak, Vighnaharta, Vignaraj, and they are also known as God of the beginning. As they are known as Gods of prayers in different rituals and ceremonies across India, they are prayed. Ganesh Rangoli Design is one of the most common Rangoli patterns seen in various festivals. One of the popular festivals, where Rangoli designs of Ganapati are seen, Deepawali is. In addition to the festival Ganesh Rangoli is done during the inauguration of new offices, branches and businesses. It is considered as a good omen because Lord Ganesha is also called Vighnaharta, which means to overcome obstacles.